Plants
About 40% of Latvia is covered by forests. Two third of the tree consists of Scots pine. Some of these trees are over 500 years old. In the interior, the more varied forests with beech and spruce. Other common trees are the oak, ash, linden, yew and juniper. What is striking is that in the Latvian forest little undergrowth occurs. On the edges of the woods many blue berries and raspberry bushes grow. Picking these fruits is a 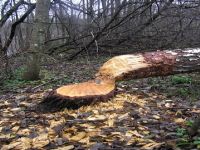 national hobby of the Latvian population.

In the forest are also many types of mushrooms for like boletus and chanterelle. A quarter of the country consists of pasture land that in the summer is covered with clover, caraway, yarrow, timothy grass and foxtail. Ten percent of the country’s wetlands, mostly covered with moss, but heather and rosemary are common. 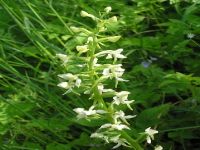 Animals
The famous bird of Latvia is the stork. There are currently about 7,000 breeding pairs, which is about six times as much as in Western Europe. The black stork is much less common. There are about 1,000 couples of the black stork.

The many forests are excellent habitat for seven species of woodpeckers. A special waterfowl occurring in Latvia is the mute swan, this is also a protected bird. Other waterbirds are the rare gray herons, cranes, bitterns, grebes, gulls, oystercatchers and various kinds. In the interior life buzzards, kestrels and owls are common. In the villages and towns are common crows and finches, sometimes with hundreds together.

Kemer National Park attracts many eagles, eagle owls and whimbrels to. Latvia and other

Baltic states many large mammals such as, deer, wild boars, wolves, marten, moose, lynx and brown bears. Many of these animals are compared with other European countries in large numbers. Not very common but are squirrels, mice, rabbits, foxes, weasels, bats, hedgehogs and moles. Not so long ago, the American mink and the Norwegian rat entered. Latvia also has a large population of otters (ca. 4000). In rural life much grass snakes, vipers, lizards, newts, frogs and toads. Freshwater fish are plentiful such as bream, pike, perch, trout, eel and carp. The famous seafood is the Baltic herring. Common are cod, plaice and salmon.